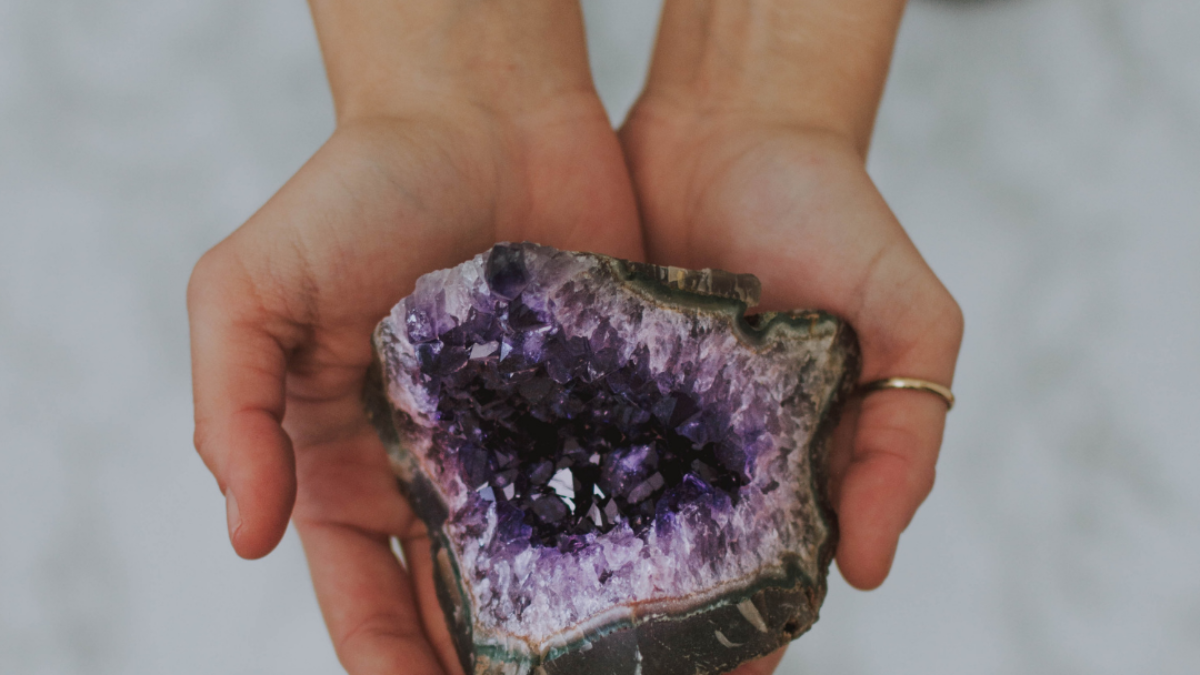 One of the first things you hear when you start out in your witchcraft journey is how important it is to protect yourself. If you’re a beginner witch, you may be overwhelmed by all the information out there on protection magic. (Hint: Everything you need to know at the beginning of your journey is in the book Protection & Reversal Magick: A Witch’s Defense Manual by Jason Miller).

Crystals are easy to use for protection, though. As long as they are regularly cleansed and charged, you can just keep them close to you and you’re instantly protected. If you’re a more advanced practitioner, you probably already know crystals are a powerful tool for protection. This is so because they are (mostly) easy to use, although they do have a few kinks such as knowing how to cleanse them.

Black Tourmaline is probably among the best crystals for protection out there, if not the best. It absorbs any excesses of energy present in your aura or the environment around you. Guess what? Negativity is an excess of energy, and it will be quickly absorbed by Black Tourmaline.

You can also keep raw Black Tourmaline around you. Try not to cleanse it with water. If you cleanse it with water once, it won’t get ruined, but it can affect its quality over time. It’s better to expose it to the smoke of cleansing herbs or put it in raw rice if the piece is not too large. Charge by sunlight.

Another grounding crystal that’s great for protection, Black Onyx will also help you be more organized in various areas of your life. Besides people who need protection, people who are rather scatterbrained and disorganized can also benefit from having Black Onyx in their lives. It’s great to absorb all negativity directed your way. Its dark color naturally attracts everything negative that’s directed your way. It’s much more resistant than Black Tourmaline and doesn’t require as much cleansing. It’s safe to cleanse with water. Charge by sunlight.

Obsidian may be the most powerful protective crystal out there. However, it’s not appropriate for everyday use as it exposes you to your Shadow Self and your repressed trauma. But it’s an impenetrable stone that will make your auric field bullet-proof (or I guess spirit-proof?).

It can combat anything, from simple negativity to malignant spirits out there to get you. It can cut through different spiritual dimensions. Ancient Nations in Mesoamerica used it during shamanic surgeries as a knife. If you can get an Athame made out of Obsidian, it will be a wonderful addition to your witchy toolkit.

Obsidian is also grounding and can alleviate pain. It’s especially effective for people who suffer from pain related to their female reproductive systems. The best way for cleansing Obsidian is with raw rice. Charge by sunlight.

Smoky Quartz works in a very similar way as Black Tourmaline, but, like Black Onyx, requires less maintenance and can be cleansed with water.

It’s better to get a Smoky Quartz point. Make sure to place the base near the place or object you want to cleanse. Place the point towards a window or doorway so the negativity can leave your living space.

I have included it here as Smoky Quartz can be an invaluable ally for banishing and purging anything that may have entered your auric field or space. Charge by sunlight, but don’t leave it out too long as it can lose some of its color.

Labradorite is great for cleansing your own negativity and preventing what’s inside your own self from harming you. It’s also excellent for quickly removing larvae, a type of spiritual parasite. It can enhance your psychic powers and replenish you if you’ve been overworking yourself or if a spell took too big of a toll on you. It’s safe to cleanse with water. Charge by moonlight.

Besides its quality of absorbing pain, both physical and emotional, Malachite has some strong protective qualities. It can ward off attacks from other practitioners or psychic entities, as well as keep envy at bay. Don’t get it wet, as it is toxic when it comes into contact with hot water. Cleanse with raw rice for at least 24 hours. Charge by sunlight.

Amethyst is the stone of transformation and transmutation. It can take any energy that’s directed at it and transform it into something far more positive. For protection purposes, it should be combined with a dark stone that absorbs some of that negative energy. It’s safe to cleanse with water. Charge by moonlight.

Once the removal of negativity is over, it’s important to fill up the space left void with higher vibrations. This is where Clear Quartz comes into play. It can attract energy of the highest vibrations so the object, auric field or physical space can become untouchable by lower vibrations. It can bring light and clarity into any murky situation as well. It’s safe to cleanse with water. Charge by sunlight or moonlight.

If Malocchio or other types of energetic or psychic attacks, done consciously or not, are something that worries you, then try Lapis Lazuli. It has a long history of being worn by the nobility and the royalty, and it will keep you safe from envious thoughts.

Avoid Afghan Lapis Lazuli as the profits from its mining is helping to fund certain terrorist groups. Chilean Lapis is a more ethical choice. You can get a ring made from Chilean Lapis here. Afghan Lapis generally has mica inclusions, which look like gold flecks, whereas Chilean Lapis rarely have them. The Lapis Lazuli in the picture is one I got around the beginning of my magical journey, when I still didn’t know this information – so you can see the gold flecks clearly. Don’t get this crystal wet. Cleanse with raw rice or cleansing smoke. Charge by moonlight.

Commonly known as the stone of courtesy, Bronzite is great for people who are quick to react and need to learn how to respond mindfully instead. If that’s you, this is a great crystal to have around. More importantly, it has protective qualities that not only dispel negativity but returns them back to where they came from. It’s a must for Return to Sender spells. It’s not safe to cleanse with water, try raw rice or cleansing smoke instead. Charge by sunlight.

This powerful crystal combines the protective qualities of Black Tourmaline and Clear Quartz. It can absorb negativity and enhance positive energy around you. It can be used as a quick and versatile solution for your protection and cleansing needs. It is safe to cleanse with water. Charge with sun or moonlight.

Also known as a Witch’s Broom, it is one of the most powerful protective stones out there. It can be used to banish anything you don’t want in your aura or your space and clear out any nasty energy that may be around. You can use it in a similar way to a Selenite wand to give your aura or someone else’s a quick brush, but it can be far more intense than Selenite. It is especially effective when dealing with toxic attachments and energy vampires. Don’t get this stone wet, try cleansing it with smoke instead. Charge by moonlight or sunlight.

Shungite is a specialized stone that takes care of spiritual parasites and harmful vibrations from technological appliances. It can be used to neutralize almost anything and deep cleanse anything and anyone. It can be cleansed with water. Charge by sunlight.

Even though Selenite has some important cleansing qualities, I personally believe Selenite’s strength lies in enhancing psychic qualities and as an aid in channeling messages from the Divine. This is why I don’t consider it a protective crystal, but rather as more of an aid for psychics. Don’t get Selenite wet, as it can disintegrate when immersed in water. It doesn’t need to be cleansed or charged.

In short, there are many crystals out there that can be used to cleanse, protect, banish, and purge any negative energy present in a person, place, or object. As long as you keep them cleansed and charged, crystals can be a great and somewhat easy way to protect yourself.

What’s your favorite protective crystal? Why?