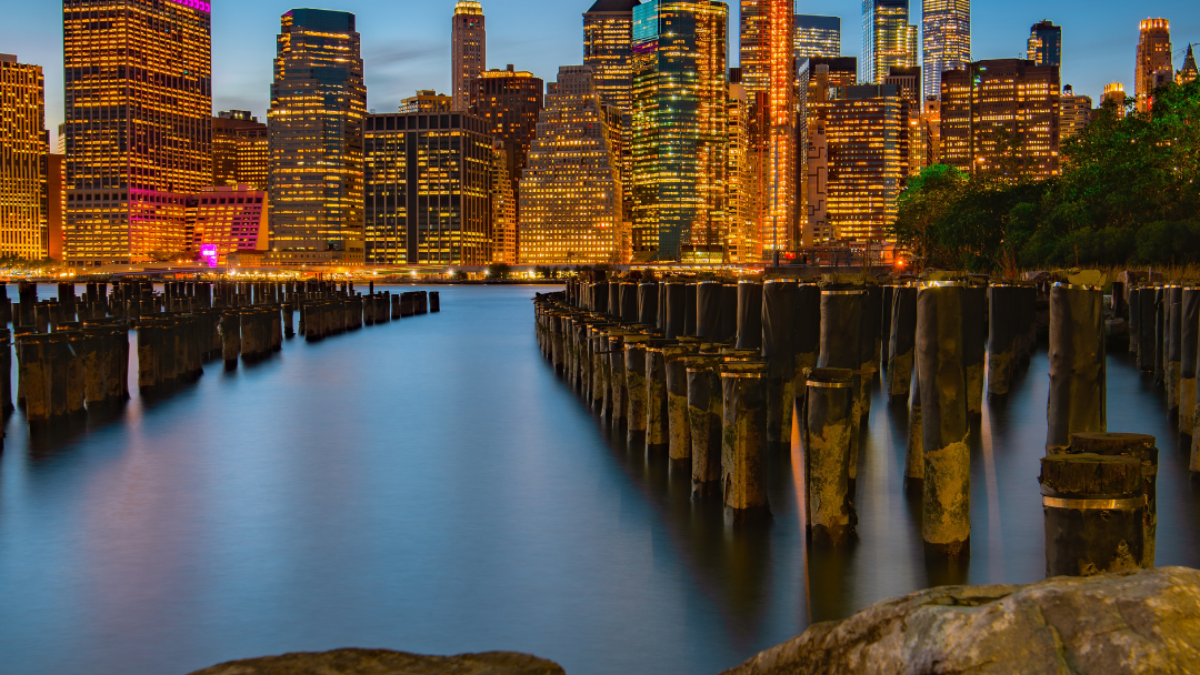 Today, February the 1st, is the beginning of Black History Month, mainly celebrated in the US but also observed in the UK, Canada, and the Republic of Ireland. As none of us is black, we thought long and hard about an appropriate way to celebrate. We wanted to respectfully celebrate the influence of Black practitioners and their heritage on Western witchcraft.

The city of New Orleans came up as an obvious contender. However, please note that the witchcraft practice characteristic of New Orleans, Voudou or New Orleans Voodoo, is a closed practice. That means that you either have to be born into the practice or formally initiated in it. With that in mind, let??’s dive into this magical city.

The United States is not a country where Roman Catholicism is a majority religion by any means. Louisiana sticks up like a sore thumb in this regard. It started off as a French and Spanish colony. In 1793, the Diocese of Louisiana and the Floridas was erected.

The state was purchased by the American government in 1803. Even then, it took around one hundred years for Louisiana to adjust to being an American state. Today, there are still a large number of Catholics in this state, divided by parishes instead of counties, like in majority Catholic countries. The local American football team is even called the New Orleans Saints! So this is the hold Catholicism has over Louisiana.

Even though very few Catholics will admit to this, Catholicism may be the witchiest of all Christian practices. It has complex rituals and regularly makes use of candle magic and incense, two things that are also beloved by witches. It may be no accident that Voodoo found fertile ground in one of the few Catholic states in North America. Catholics also worship Saints, who happen to be similar to the Loa, important spirits in Voodoo.

Despite its reputation, Voodoo, like most complex spiritual practices, isn’t exclusively used for good or evil. The intentions of the practitioner are what makes the practice good or evil.

In 1791, there was a slave uprising in Haiti. In Haiti, they practiced Haitian Voodoo, a religion of the African diaspora. The roots of Voodoo can be found thousands of years in the past. It originated in the Yoruba and the Dahomey tribes, who lived in what is today Nigeria. They believed in one main Deity who didn’t interfere in everyday life. Spirits, called Loa, took a more active interest in the lives of individual people.

The Loa share a lot of similarities with the Catholic saints in that they all serve a different purpose. The people who practice Voodoo believe that the Loa can temporarily take hold of their body and act through them. This is seen as a positive experience. Despite its reputation, Voodoo, like most complex spiritual practices, isn’t exclusively used for good or evil. The intentions of the practitioner are what makes the practice good or evil.

Think of a hammer. It can be used to build a house, and it can also be used to kill a person. It all depends on the person who is using it. A hammer is not a toy, and people treat it with respect. It can be dangerous if handled by dangerous people. However, try to build a house or even put together some Ikea furniture without a hammer, using just good vibes instead. You can’t, now can you? When circumstances call for a hammer, you use a hammer. The same goes for Voodoo.

Just like the only way to remove a nail you hammered into a wall is with the back of the hammer itself, sometimes the only way to get rid of the nastiest Voodoo magic is with more Voodoo magic, handled by another, more noble practitioner – this is why the practitioners of Voodoo make such a big deal out of protection. The Voodoo itself is just a tool that doesn’t have an inherent morality.

The enslaved people of color fled to Louisiana after the uprising and they brought their beliefs with them. Over time, Haitian Voodoo practices were blended with Catholicism and Native American traditions. This created the first ever American Afro-Catholic religion. It became an independent current of Voodoo. Sometimes, it is spelled Voudou to differentiate it from Haitian Voodoo. Other times, it is called New Orleans Voodoo. A core belief in Voudou is protection.

Their antecedent is African griegries bags. There are also gris-gris dolls (not all of them are used for evil!), and gris-gris talismans as well.

There are two figures in New Orleans Voodoo that we’ll discuss today. The first is Dr John. He was a Senegalese man of color who was enslaved in Cuba and later lived as a free man in New Orleans. Sometimes also called Bayou John, he was a talented healer and fortune teller. He is believed to have been a teacher of Marie Laveau.

Mary Laveau: The Queen of Voodoo

Mary Laveau is a very empowering and inspiring figure for many people, even today. She was a powerful black woman who led her community. She was a Voodoo High Priestess, sometimes also called Voodoo Queen, but she was also a devout Catholic. Her powers and insight were such that even wealthy white men, including businessmen and politicians, sought her advice before making important decisions.

Her life is shrouded in mystery and not many things are known for certain. It is estimated that her year of birth was 1801. She was born to Marguerite Decantrel, a formerly enslaved woman who was then free, and her lover, Charles Laveaux, a wealthy mixed-race businessman. Even though they never married, Laveaux legally recognized Marie as his daughter. However, it is believed that Marie was mostly raised by her maternal grandmother, Catherine. Catherine was a woman of color from West Africa who was enslaved. However, she could buy her own freedom later on, and even ended up owning property.

Marie married twice in her lifetime. The first time was in 1819, when she got married to Jacques Paris, a free man of color from Haiti. He mysteriously disappeared shortly after. Marie insisted she be referred to as the Widow Paris. Her second marriage was a common law marriage. This is so because she fell in love with a white man. Interracial marriages were illegal back then, even though they were not uncommon in New Orleans. Her second husband’s name was Louis Christophe Dumesnil de Glapion. He was a wealthy man and they got married around 1826. They had seven children together, but three died in infancy.

Marie was a devout Catholic, but she was known to help people in need both monetarily and with her magic. Her home was full of images of Saints, and it was a safe and spiritually protected place for everyone who visited it. She worked with prisoners, trying to get them spiritual redemption in the name of Jesus Christ.

She was said to be a pupil of Dr John and Sanite’ DeDe, the first ever Voodoo High Priestess in New Orleans, among other well-known figures. Some accounts say she led Voudou ceremonies in Congo Square (now Armstrong Square). There, she also helped the attendants with various matters and sold her own gris-gris bags. During these ceremonies, she was said to conjure various Loa, in particular the Serpent Spirit, and that she wore a crown. Eventually, she retired from her role.

She’s buried in the Catholic St. Louis cemetery No. 1, where even today many people go to see her grave and ask her for guidance or favors.

Where did Voodoo get such a bad reputation? Even though New Orleans Voodoo and Catholicism coexisted (and still coexist) in the city to some extent, the Catholic Church has always tried to erase or silence any competitors they may have. As Voodoo was too strong and popular for them to wipe it out entirely, they turned to the next best thing: associate it with Devil worshiping and other dangerous and sinful things. Hollywood played its part, too, depicting the tradition as an evil, dark one that sought to do harm.

Hysteria and fear around Voudou ran rampant until around the 1950s, with people doing the craziest things when they believed they were cursed by a Voudou practitioner. To this day, uncrossing or the undoing of hexes and protection are two most performed spells by practitioners in New Orleans. The curious thing is that people seemed to become confused whenever they were called to testify against a person who was accused of practicing Voudou.

What Is It Like to Be a New Orleans Voodoo Practitioner Today?

Now, this spiritual practice is mostly private, though you can go get help at many temples in the city. The New Orleans Voodoo Spiritual Temple in particular is the most popular one. There is a High Priest or High Priestess appointed. However, they don’t enjoy the same political influence of the past.

On St. John’s Eve, they all dress in white and follow the lead of the High Priestess. Gris-gris bags are still pretty much popular. You can purchase them at the various temples in the city, though they often call them sachets and not gris-gris bags. Most of the ones available to the general public, of course, do not contain animal parts.

New Orleans has a fascinating history full of witchcraft and magic. New Orleans Voodoo gave a place of importance and empowerment to women, and it is not always used for evil purposes.

Have you ever visited the city? Tell us in the comments!

NewOrleans.com: The Voodoo that New Orleans Can Do