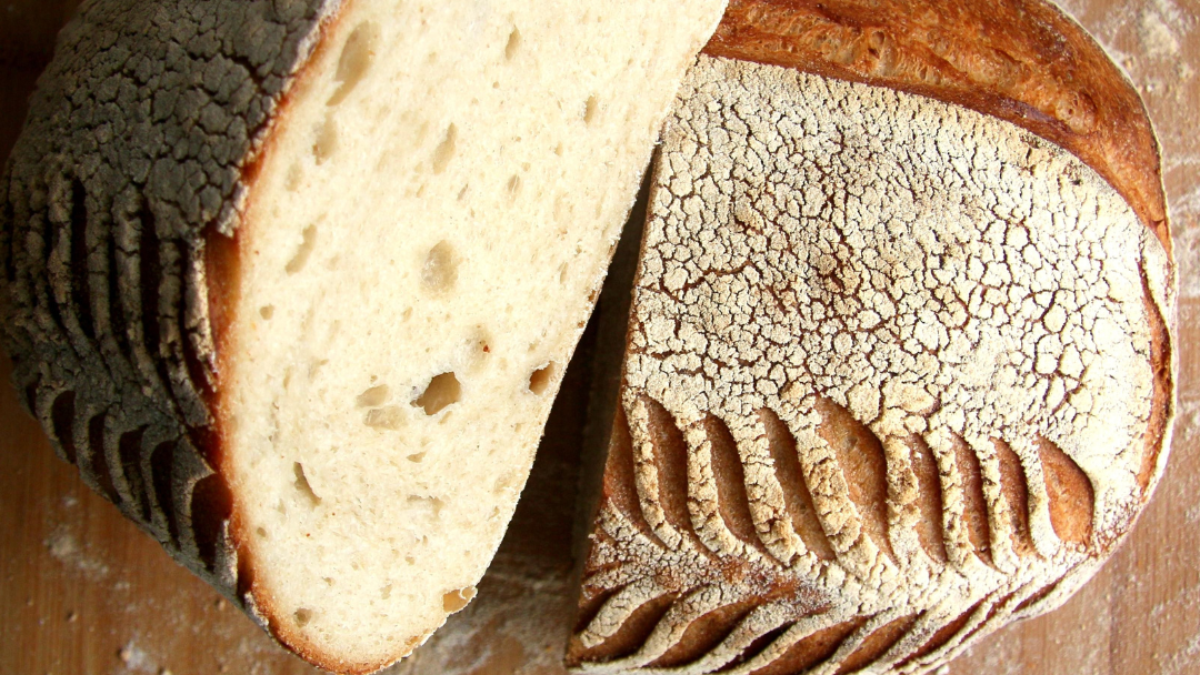 by Virginia Castiglione
with no comment
wheel of the yearwitch

Lughnasadh or Lammas is a Wiccan festival celebrated around August the 1st. A lot of people prefer to celebrate on July 31st. This is so because the Celts celebrated the day before, as the Celtic day started with sunset. Others celebrate the night of the Full Moon that is closest to the first day of August.

This date is a celebration of the first fruits from the harvest. However, there was also an element of foresight, as some of these fruits were preserved for the winter. We also celebrate the self-sacrifice of the Deity Lugh to save humanity. The Sun is descending and this is noticeable. This is a time to give thanks for the first fruits of your hard labor. However, the idea of death, both literal and metaphorical, is also present. It’s deep gratitude mixed with the sense of an ending.

During this celebration, people would ceremonially eat the first grain of corn or wheat. They would also make bread from it and eat it all together. This is why it also receives the name “Lammas.” It comes from the Anglo-Saxon word hlaef-mass, meaning loaf mass. It then became Lammas in Medieval English and Scottish.

The celebration is mostly associated with two Celtic Deities, Danu and Lugh. As Lugh gives his name to the celebration, we will describe him.

Lugh: The Jack of All Trades (and Master of All)

According to most legends, Lugh is the Dagda’s son. His grandfather was Balor, who received a prophecy that he would die by the hand of one of his grandsons.

Balor responded to this lurid prophecy by locking up her daughter, Eithne. This was subverted by Eithne’s lover after he decided to disguise himself as a woman to gain access to her. Eithne went on to give birth to triplets. Lugh was the only one to survive.

Balor responded to this lurid prophecy by locking up her daughter, Eithne. This was subverted by Eithne’s lover after he decided to disguise himself as a woman to gain access to her. Eithne went on to give birth to triplets. Lugh was the only one to survive.

The name of Lugh’s foster mother was Tailtiu. When he was of age, he approached the High Court of Pagan kings at Tara and offered his services. At first, they wanted to send him away, as they believed he brought nothing new to the table. However, he pointed out that his uniqueness lay in his multiple talents. He was an extremely skilled carpenter. He was also proficient as a blacksmith, musician, magician, and historian. Based on his multi-faceted personality, he eventually gained admittance and received the name of Samildánach. This word means “the one of many skills.”

Lugh ultimately did fulfill the prophecy that Balor feared. Lugh went on to kill his grandfather while in battle.

Some of the signs associated with the Deity of all trades include ravens, crows, and hounds. Harps, a powerful symbol or the Irish nation, are also a symbol of Lugh. Thunderbolts are also one of his symbols.

There are many correspondences between Lugh and the Roman Deity Mercury. Besides being a master of the arts, he was called upon to bind oaths.

Some myths say he created the sabbat as a means to honor his foster mother, who died on the first day of August.

Lugh is linked to the prosperity of the land because Ériu decided to marry him. Ériu is a personification of Ireland as a nation.

The Astrology of Lammas 2022

What’s special about Lammas 2022, though? We’ve been feeling the tension between Leo and Aquarius since July this year. Leo is the Zodiac sign of self-expression. Aquarius, on the other hand, is the Zodiac sign of the collective, social justice and the ecology. These two signs have been forming tense aspects for a while now.

This tension is repeated around Lughnasadh with two aspects with opposite energies happening at around the same time. We’re also in for some surprises regarding the food industry and how our society assigns value to products and labor.

This date is marked by an expansive aspect between the Sun in Leo and Jupiter in Aries on July the 31st and August the 1st. Self-expression will come to the forefront as a way for the collective to find purpose.

On July 31st, Mercury, the planet of communication, currently transiting Leo, will also form an opposition to Saturn in Aquarius. Even though self-expression is expanding, Saturn, the planet of one’s duty, currently in the sign of Aquarius, reminds us it’s not all about the self.

Saturn in Aquarius has to do with what’s best for the collective. When it forms an opposition to the planet communication, it acts as a reminder. We are warned not to ignore the collective when raising our voices. As a society, the key is to find balance between expressing the self and being a voice for the collective.

On July the 31st, Mars, the planet of action and fiery emotions, will form a conjunction with Uranus.

Uranus is a planet that brings about unpredictable and sudden change. A conjunction means they will act as one. As it will happen on the sign of Taurus, we can expect the repercussions on areas related to Taurus. Therefore, we’ll see the effects of the conjunction on the financial sector and the food industry, as well as in matters regarding nature and the management of the ecology. Whether what will happen is positive or negative, I cannot say. With Uranus, it is best to expect the unexpected.

It is noteworthy, however, that such a conjunction affecting the food industry and how we relate to what gives us nourishment will happen during Lughnasadh.

Everything is constantly changing. The way we nourish our bodies has to change, too. This applies to both an individual and a collective level.

How can we best acknowledge this date given the available energies? Here are a few suggestions for rituals for this sabbat.

Rituals to Have a Blessed Lughnasadh

As this is a day to commemorate those who have given us life, it’s a great time to worship your ancestors. They sometimes sacrificed a lot themselves so that we could lead better lives. It can be argued that there is no better way to celebrate Lughnasad than by worshiping those who came before us.

If you don’t have an altar dedicated to them, print some photos of them. Light some candles in their honor and prepare their favorite foods. Share these foods with them. There’s nothing like breaking bread with the people who are responsible for your life.

Reflect on those who gave up their home countries or were forced to flee due to dire political circumstances. Think of the struggles they all went through. A lot of the women in your family line had to dedicate themselves to the home, surrendering their true passions. Remember them, too. Remember your Queer ancestors who couldn’t openly live their truth.

Make space for their pain, but don’t hold onto it for too long. Thank them, but remind them you don’t owe them anything. The life they gave you was a gift. Gifts are meant to be enjoyed, not bring guilt to any of the parties involved.

2. Cook and eat something with no screens or other distractions

Since Lammas Day is all about celebrating nourishment, this is a simple but powerful way to acknowledge and honor this sabbat.

In earlier agricultural times, Lughnasad was also a time for budgeting. Farmers prepared for the winter ahead on the last days of July and the first days of August. They froze grain. They managed and closed their accounts.

Most of us urban dwellers tend to lose touch with where our food truly comes from. However, by trying to be present in the moment and mindful of the entire process of cooking and eating, you are honoring the spirit of this sabbat.

Stay present while going to the grocery store and selecting your ingredients. Cook a meal (however simple or complex you want it to be) and then sit down to eat it. If you know a thing or two about kitchen witchery, now is the time to apply some of its core principles to manifest what you want from the coming period. Here’s the caveat: no screens, no distractions, just yourself and the food.

This simple activity will do wonders for your general wellbeing.

3. Look into your 8th House in Your Birth Chart

The 8th House is the house of death, both literal and metaphorical. It’s also the house of rebirth, transformation, transmutation, and inheritance. Inheritances can be tangible. But they can also look like an ingrained hatred for the enemies of your clan, for instance. In this sense, an inheritance isn’t always a gift.

As this is a time where we contemplate endings and even our own mortality, it is a great exercise to look at the 8th House in your birth chart.

If you don’t have any natal planets there, you can always look at the transits. However, there is a lot of room to cover if you consider the Lunar Nodes and asteroids like Chiron, Juno, or Pallas. Look at the Zodiac sign(s) on which your 8th House is. How does this energy manifest in your life?

My 8th House is in Capricorn, where the transpersonal planets Uranus and Neptune are conjunct. Uranus is especially relevant in my case. This is so because it forms aspects with my Rising, Sun, Mercury, Mars, and Jupiter.

I see the energy of my 8th House in my gift of mediumship (even though I discovered this recently). My mediumship possibly springs from Neptune in this mystical house, which gives me enough compassion to open a channel of communication with the dead.

4. Journal about how you can make life for your future self easier

Lammas was also a time for foresight and planning. What does looking after your future self look like?

Does it look like food prepping on Sundays? Starting your homework or assignments the day you get them as opposed to the day before the deadline? Does it look like taking an afternoon off to make doctor’s appointments? Does it look like making sure your spreadsheets are updated and your invoices are all ready and sent? Whatever it is, make a note of it to consider later.

It’s important you first identify these little favors you can do for your future self in the first place.

Then, look into whether it’s realistic for you to do them yourself. Sometimes, it’s best to delegate. It may be time to invest in your own wellbeing by paying professionals who can take care of necessary activities you struggle with or hate.

You may also negotiate with a roommate or spouse so they can take that load off you. This is all in the spirit of foresight and budgeting of Lammas. It’s the equivalent of taking care of the matters of the farm in our day.

5. Ask yourself what truly nourishes you

This can seem like a pretty straightforward question, but it’s actually really deep. Sit down and journal about this. It may take you a few days to get to the bottom of the situation.

How are you planning to celebrate Lammas Day? Tell us all about it in the comments. Have a blessed Lughnasadh!

Alexander, Skye. Modern Witchcraft Guide to the Wheel of the Year. Adams Media, 2017.

Virginia Castiglione is the Founder & Creative Director at Aquamarine Content. She loosely identifies as a green witch. She’s a certified gemologist and Akashic Records reader. She’s also an astrologer. She is a Virgo Sun, Taurus Rising, and Pisces Moon. She is the emotional support animal of a grumpy cat named Limón.