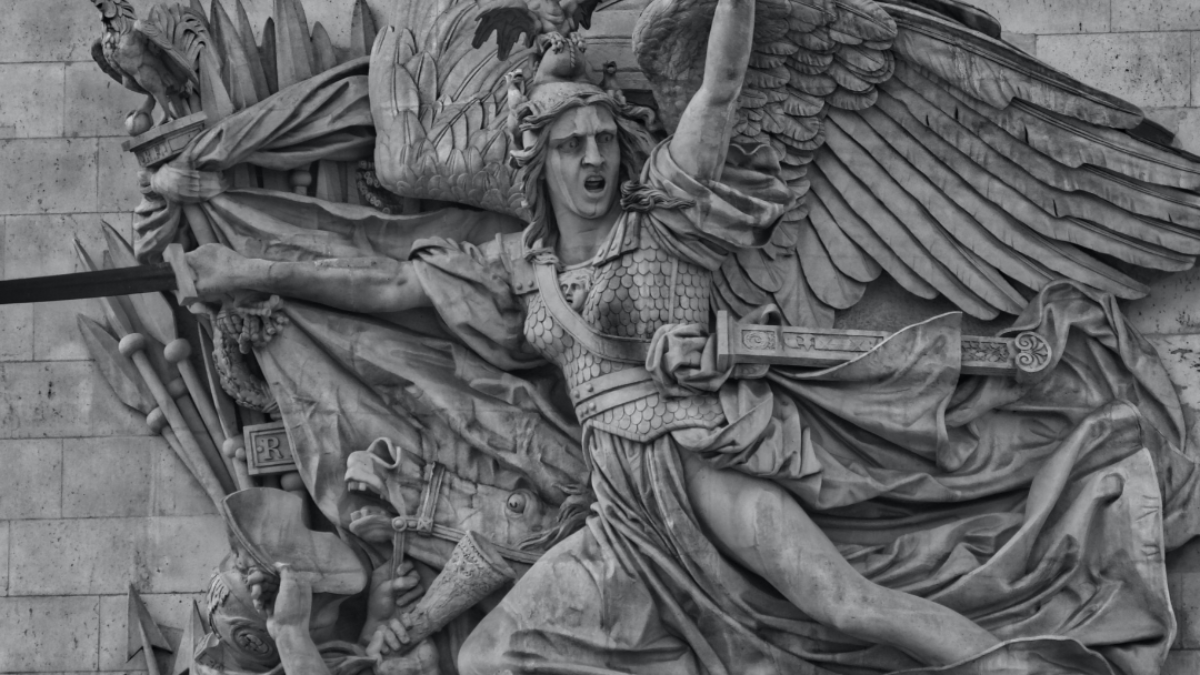 by Virginia Castiglione
with no comment
discover the deity

Over the last forty years, goddess worship has been a hallmark of modern witchcraft, paganism, and feminist spirituality. In many ways, honoring the goddess is a rebellion against the trappings of twenty-first-century culture and its oppressions, materialism, and environmental destruction. She is often summoned as a symbol of sexual, social, or political empowerment.

But, of course, the goddess has been a central link – possibly the central link – between humans and the Divine since the beginning. Going back tens of thousands of years, we find the goddess represented throughout human civilization. Some of the oldest known spiritual imagery is of abundant, nourishing feminine figures, such as the 30,000-year-old Goddess of Willendorf.

This ancient, fundamentally human relationship with the Divine Feminine is part of the appeal for many practitioners. We often imagine, if not accurately, an idyllic past in which goddess worship meant a golden era of peace, feminine value and leadership, as well as harmony with the earth and each other.

Whether or not that imagining is true (and for the most part, it’s not), there is something about that ancient spiritual heritage that appeals to many modern devotees of the goddess.

But we are not our ancestors. Their world is not ours.

As we evolve, so must our goddesses. After all, we can’t really know how our ancestors related to a sense of spirit, cosmos, and divinity, beyond a few rough outlines. And if we are being honest with ourselves, there is no way for any of us to know the true nature of Source, regardless.

What we have to work with is our limited, if inspired, human comprehension of the incomprehensible.

We are always just telling ourselves stories. These stories help us relate to an energy so vast I suspect it would crack our minds, would destroy our sense of self, if we actually understood it.

So maybe it’s appropriate to occasionally revisit our pantheons and spiritual canons to consider which stories, which energies, can best inspire and support us through these evolving, challenging times.

Amidst seemingly endless crises, including climate change, war, massive inequality, and injustice, there may be no better energy to petition than warrior goddess, St. Joan of Arc.

Joan is not often included on the lists of deities that witches and pagans tend to honor. A google search of “goddess Joan of Arc” doesn’t return many hits. But I’m not sure I can think of anyone more appropriate to lead us if we hope to summon the courage to survive and thrive in the face of so many global emergencies.

In the early fifteenth-century, a poor, thirteen-year-old Joan was visited by angels, Saint Margaret, Saint Catherine, and Saint Michael. She claimed they told her that she would lead her nation of France in a bid for freedom against England during the Hundred Years War, resulting in the reinstatement of the French king, Charles VII.

And here’s the thing…she actually did.

Her spiritual conviction was so great that she persuaded many in France of her divine mission. She even held court with Charles, who believed that the young girl had knowledge that could only have been attained through mystical means, and he became convinced of her destiny, too.

By the time she was seventeen, she led the French army, and against all odds, succeeded in restoring Charles to the throne.

Her legacy, though, may be even more significant for her unwavering courage, faith, and fortitude – attributes desperately needed in our own times.

In 1430, Joan was captured by allies of the English and labeled a witch and a heretic.

The charges against her were many. But she was ultimately convicted of cross-dressing, deemed a sin against God, as she had cut her hair short and dressed like the soldier that she was. The authorities insisted that Joan wear women’s clothes in prison, but she refused, saying that she was “molested” by the guards when she briefly returned to feminine attire. She argued that her “modesty” was vulnerable as a woman surrounded by men, and that she felt safer in masculine clothing. Nearly 600 years ago, it seems that this humble, brave girl from the French countryside was acutely aware of the implications – and dangers – of gender performance.

Court records indicate the depth of her transgression, “{T}his woman, utterly disregarding what is honourable in the female sex, breaking the bounds of modesty, and forgetting all female decency, has disgracefully put on the clothing of the male sex, a striking and vile monstrosity.”

In 1431, Joan was convicted of cross-dressing and burned at the stake as a heretic.

King Charles did nothing to save the girl who had him crowned, though nearly twenty years after her brutal death, he acquitted her of all charges. In 1920, Joan was canonized, and remains the patron saint of France.

While not often embraced as a goddess, Joan has so much to offer us in these urgent days.

We can see the warrior goddess in the faces of so many young people who are rising up to fight for their futures amidst environmental collapse, violence and oppression, and failure of the established institutions to support them.

Joan is in the determined eyes of leaders like Greta Thunberg, who challenge world powers and demand a solution to climate change; in the bold, unwavering voice of organizers like Emma Gonzalez, who fight against a powerful, monied, and reckless culture of guns; in the stunning courage of activists like Malala Yousafzai, who risk their own lives to pursue the right of education for girls everywhere; in the determination of protestors like Thandiwe Abdullah, who insist that black lives matter, too. Joan protects the courageous young people of Ukraine, defending their nation against tyranny.

Joan is an energy that can guide and inspire all of us to step into the bravery and determination that is now required.

Some ways to work with Joan

One way to approach Joan of Arc

Petition her by asking for courage to face your future. In Joan’s name, make a list of five times in your life when you have been brave, and five times you have stood up for what is right. Light a candle and imagine the overwhelming conviction and faith that Joan demonstrated when she faced her own flames. Ask her to impart some of that courage in you as you ponder the challenges ahead.

“Like the great warrior goddess, Joan of Arc, I commit myself to a path of courage, unshakable faith, and dedication to my passion.”

St. Joan of Arc is a powerful goddess for these times. She embodies the strength and courage of so many young people fighting for their futures. She reminds us that our lives and identities are of our own making, despite the social rules that dictate otherwise. And she shows us that we can lead with magic, intuition, and faith in the unseen realms, which will guide us to our greatest glory – regardless of the odds that seem to be stacked against us.

Carrie Pitzulo is a Content Writer and Editor at Aquamarine Content. A professional tarot reader, she has a Ph.D. in American History, is a published author, and is an internationally recognized expert on Playboy magazine (that’s a story for another day). She taught at the university level for 17 years, and now devotes herself to the world of magic and mystery full time. Carrie loves to work with her spirit guides, once manifested a meeting with Bruce Springsteen, and considers her crystals – especially Amethyst! – as part of the family. She’s currently working on a book about mystical lessons on grief in a dying world.